TROUGHERS BEWARE! THE HUNT IS ON!

WHAT BIG TEETH YOU HAVE! Bigger, sharper teeth than our ramblings in the on-line Oldham Evening Chronicle, which are being strangled by ever increasing censorship or moderation as they call it. We, the people of this town have no collective public voice to shout on our behalf, willing to question and challenge the lunacy visited upon us by the numpties in The Tower Of Babble, various thieving MPs, the legions of PC police at GMP, PAT'S, PACT'S, academy lovers, transport 'experts', vastly overpaid Council Officers from Charlie Chuckles downward, quangoes, placemen, do-gooders, do-badders, tree huggers, Brussels and Alcock! You get the idea? We intend to remedy this via the revamped Pigsticker. Now with added fibre. If any of you out there want to join us in restoring the town to it's former pleasant aspect, please feel free to submit articles. No moderation on this site!

RESIDENTS are opposing plans to open a betting shop just yards from an existing store.

RESIDENTS are opposing plans to Build a house  just yards from an existing betting shop.

Mr Ali Plotowski Sung-ll has submitted a planning application to turn a unit next to the current Asda store in Hollins Road into a house..

Objectors say there is already a house 200 yards away - and question how the conversion would benefit the area. Council’s planning officers have recommended the application for approval.

Council leader Councillor Jimmy, 'Little Pudden Face' McMahon has previously hit out at the proliferation of houses and bungalows - which he says prey on the poor and vulnerable.

Houses need planning permission or change of use consent unless a councillor asks for a plain brown envelope or someone finds out and the proposal has to be discussed in public.

Councillor Jean Stretcher, occasional table cabinet member for being un-cooperative and whoops there goes the neighbourhood and backward councillor for Hollinwood, is leading the fight against the plans and has referred it to the council’s planning committee.

She said: “I don’t think we need any more houses in Hollins Road, and it is certainly not the best use of the unit. I would be in support of any measure that means we don’t get more maisonettes and designer homes.”

Mr Sung-Il declined a request to comment from his huge gambling empire on the Pacific Rim.
Posted by B.B. Wulfe at 11:13 PM 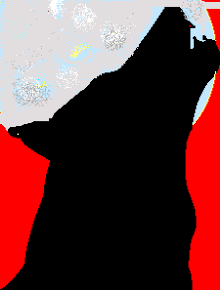 E-mail us: Howl at The Wulfe !

READ THIS EVERY DAY UNTIL THE ELECTIONS - THEN GET OUT AND DO SOMETHING ABOUT IT!!!

The questions arise. Why war and hunger?Why does poverty continue to linger?Why such need in a world of wealth?Why put a price on a child’s health?Confused and angry the public standgazing in disbelief at this pathetic band.Those shiny politicians designed by spintheir street credibility paper thin,thegreat persuaders looking the moodstruggling so hard just for our good!Masters of the art of wheeling and dealingexceptional experts at legal stealing.Enter the Media, drowning us all in trivial text,everything you need know of scandal and sport, crime and sex.Together they create a world of confusionall fashion and style, a vicious illusion.So no matter how often we point at need,we always drown in a sea of greed,no debate entered into, no answers found,the waffle, the babble, goes round and round.
borrowed from Annarky's site - Muchos Graçias

A FREE AD BY JOVE! 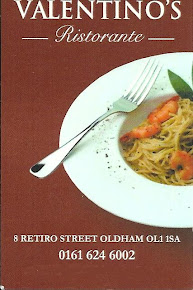 Recently out and about with the editorial staff, in the messytropolis. Called in at Valentino's one of our fav watering holes. Great atmosphere, great welcome, great food as always. 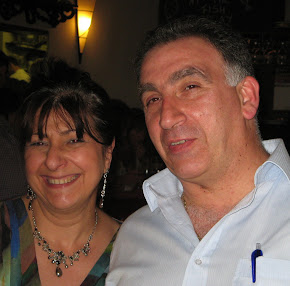 Mine hosts Anna and Sebastian asked us to give them a mention. So here it is. In return they agreed not to charge us for the salt & pepper. They kept their word. Good people. GO VISIT! Tell 'em the Wulfe sent you! 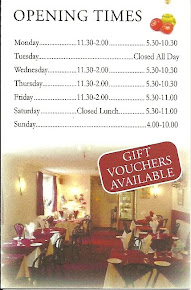 THIS IS WHAT WE SHOULD BE ABOUT!

Living in some ghastly shithole makes you drink more, say experts - Research finds it may have something to do with a desperate bid to avoid reality.

..ANY SPARE TIME I GET FROM BEING LEADER OF THE OPPOSITION, I LOVE TO INDULGE IN BRASS RUBBING 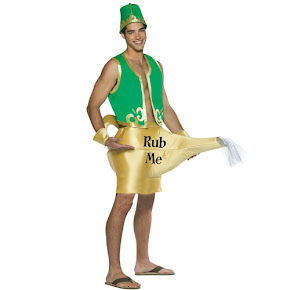 Rub the lamp and the genie will come!! 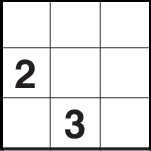 During the break from onerous council duty our two heroes have compiled a book of puzzles to keep you entertained. Here is one of their more difficult sudoku puzzles. See if you can fit the numbers one to three in the grid. usual rules apply. Time allowed 1hr 50mins: Well that's how long it took them to compile it, so they think the time is fair. 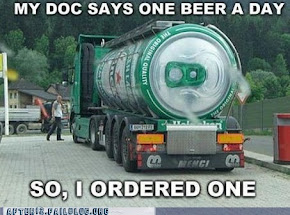 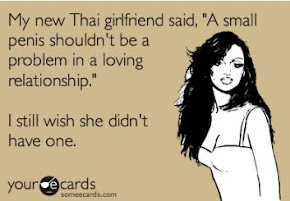 AT LAST THE WAKE UP CALL! 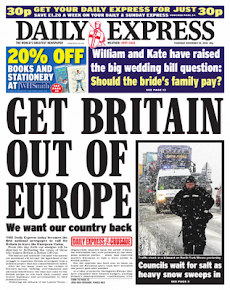 It's taken long enough for the numbfucks to wIse up. But, it's a start.

MY BEST HOLIDAY SNAPS... No. 5 in an occasional series from Howie (F.B.) Sykes 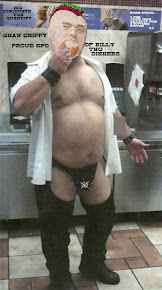 Shaw wakes 1970 ish - A celebratory pie on my return from Butlin's Filey, where I won the freestyle wrestling competition at Pie-Weight, fighting under my Nom de grapple of "Billy Two Dinners." 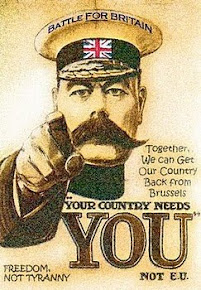 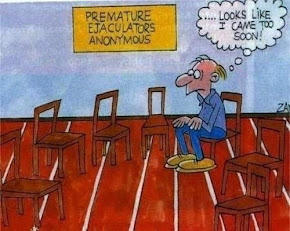 On sale now! For stockists see your local Councillor or your MP.

MEMBERS DINING ROOM HOUSE OF CONMEN! - - -Cleaning out the trough! 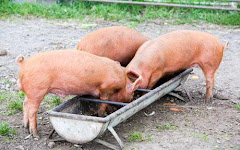 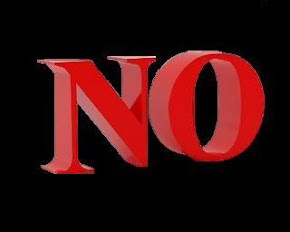 Don't Let Them see You Coming!! 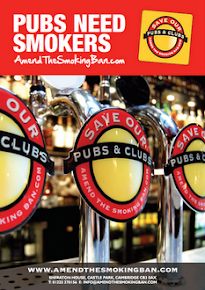 Why must we meekly submit to the agenda of do-gooders, tree huggers and interfering know-alls? Time to fight back for fucks sake!

Newly elected cabinet money sponges, McDonald, Hibbert & Harrison await the arrival of Troughmeister Battye who will lead them to their own Eldorado.

..The Blogosphere will not be controlled by politicians, bound up in regulations or throttled by impenetrable legislation. It is not a single target that a ‘D’ notice can be fired at. We are not beholden to advertisers.

We are the authentic, unfiltered, voice of your electorate. ARE YOU LISTENING????

Feel free to copy it, add to it & use it on your own blog:

Wulfes Huffing At My Door